WHAT ARE YOU LOOKING FOR? 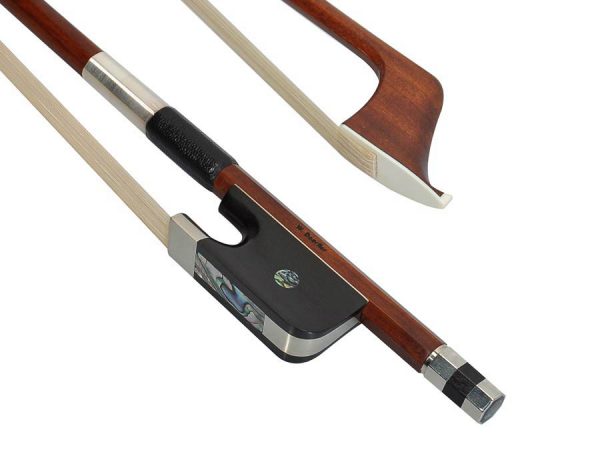 For Dörfler’s pernambuco bows only selected woods are used, which have been perfectly stored and dried for appromimately 30 years. Thanks to its, despite great hardness and density, excellent elasto- mechanics this wood type is the first, or more even the only, choice for bow making of a high standard.

Pernambuco wood comes from northern and central east Brazil. The tree from which it is won is called Caesalpinia echinata, also known as Pau Brasil.

SUSTAINED COMMITMENT:
This rare tree species is listed under Cites 2* since June 2007, which means that the export is covered by far more effort than before. Dörfler is a member of the I.P.C.I. organisation, which takes care of the reforestation of this valuable tree species. However as the trees grow very slowly, it will take some time before they can be used for bow making.

© 2022 – Dolsmuziekhandel.nl
Select the fields to be shown. Others will be hidden. Drag and drop to rearrange the order.
Click outside to hide the compare bar
Compare
Compare ×
Let's Compare! Continue shopping